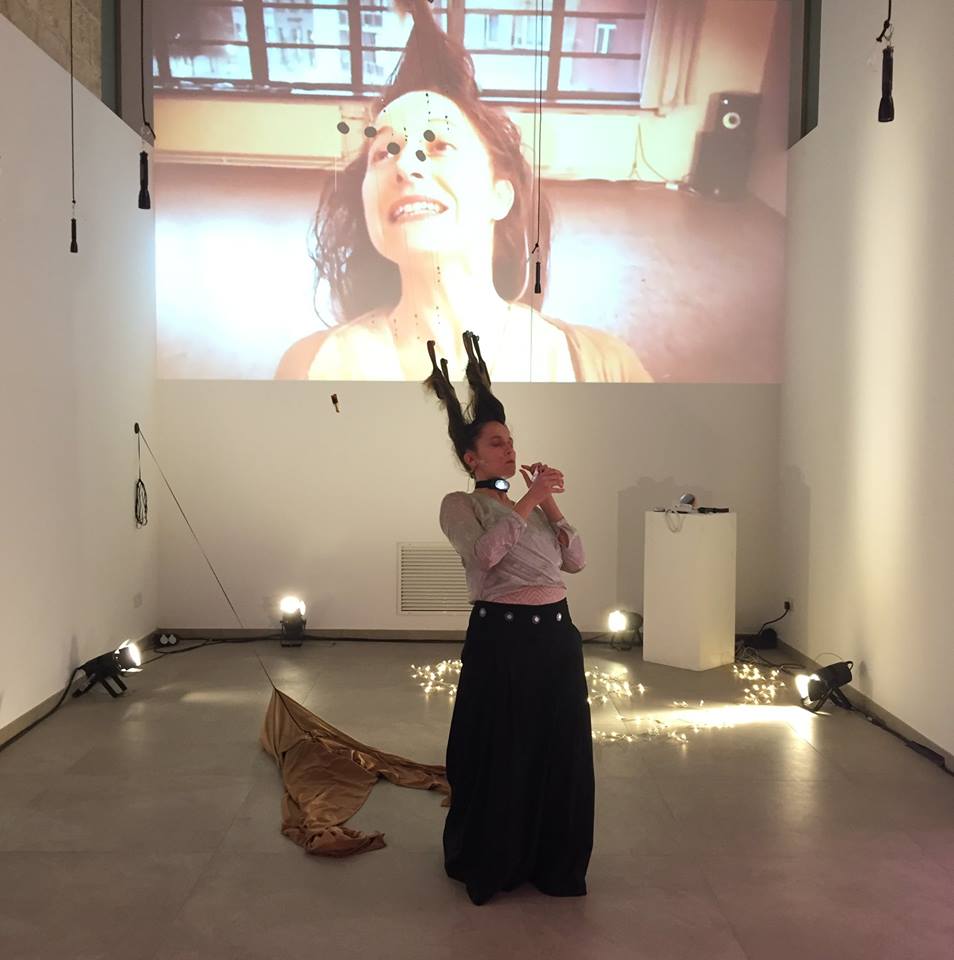 Verbi: mill-bieb ’il ġewwa was designed as an interdisciplinary performative event through a collaboration of 8 Maltese and other European artists from different artistic spheres – drama, dance, installation art, photography, film, light design, music and sound design, literature – manifested in a contemporary art space. The narrative of Verbi: mill-bieb ’il ġewwa is based on the collection of short stories mill-bieb ’il ġewwa/ take a look inside (me), written by Loranne Vella, where each story focuses on an individual character in the act of performing mundane activities such as drinking a cup of coffee, taking a shower, combing one’s hair. 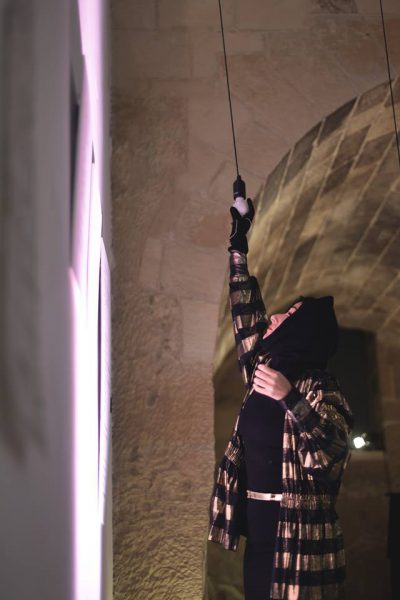 These seemingly habitual and quotidian actions (verbs), in reality, reveal more profound characteristics when examined closely, such as remembering specific moments in one’s past every time one such action is performed… the different ways in which we struggle to hide our fears and weaknesses… the actions we take to shape our future. At the centre of each story is the idea that our actions (to do) hide and yet reveal who we are (to be).This collection of short stories was not only the starting point, but also the basis and the through-line of Verbi performance. As a point of departure, each of the artists collaborating on this project referred to existing material from their artistic repertoire, be it literature, sound, film, dance, photography, light or theatre, which, in their opinion, linked to the theme(s) of the stories. This means that the artists all departed from the same point: a work that already exists. Through individual and collaborative work  such as discussions and research, common or contrasting elements between the different works were identified, which gave rise to the creation of new material.

The event was held between the 7th and the 9th of December 2018 at Valletta Contemporary. The choice of space – Valletta Contemporary – was intended to create the initial idea that the event is an exhibition but which soon transforms into an interdisciplinary performative event. In concrete terms, the performative event first and foremost blurs the dividing lines between photographic exhibition, installation, dance, theatre, video projection, drama, music concert, etc., creating a multidisciplinary and multisensorial experience in a venue which allows for such fluidity. Secondly, during the entire creative process, the artists sought to move out of their given artistic roles to explore and inhabit new ones (eg. the photographer who becomes an actor, the musician a dancer, the writer a singer, the lights designer a performer, and so on), thereby creating a shift in perspective and artistic creativity from the inside out.

Thirdly, through the collaboration of the different artists and art forms, new work was generated from existing repertoire by juxtaposition, whereby a story links to a photo which in its turn inspires a dance which reminds one of a song which links to another photo which was originally inspired by a piece of music. Finally, the audience, faced with this genre ambiguity and fluidity, assumed a more active position than simple viewer/spectator as it constantly adjusted its perception of, and its role within, this fluid performance structure. 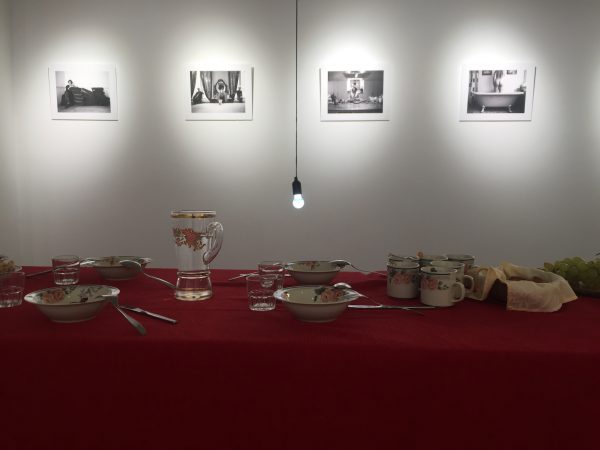