A consultation process for the Pjazza Teatru Rjal infrastructural project. 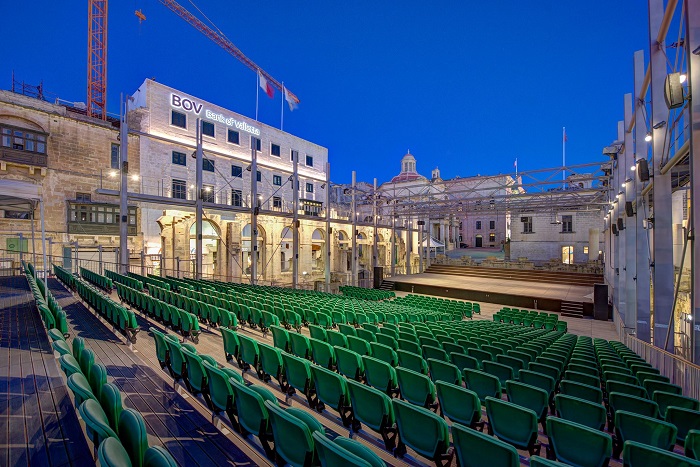 Culture Venture was awarded a public tender to advise and coordinate the public consultation process of the Pjazza Teatru Rjal infrastructural project. As per its June 2017 electoral manifesto the Maltese Government announced that the infrastructural issues surrounding Pjazza Teatru Rjal venue in Valletta will be addressed for the space to be transformed into a fully-equipped performing arts space. The cultural significance of the space, its envisaged impact on the cultural sector and overall potential externalities require a meticulous process of an open and transparent public consultation that would inform the final decisions for the restructuring of the venue. The consultation process will source input on the way forward from internal and external stakeholders, experts from relevant multidisciplinary backgrounds and the general public.

The project is envisaged to be completed in 14 months.

About the venue and the infrastructural concerns
Pjazza Teatru Rjal (PTR) is one of the national cultural assets that is contributing to the growth of an evolving performing arts sector and is integral to the Valletta’s cultural landscape. It is one of the 8 theatre spaces identified in the survey on theatre spaces in Malta and one of the 3 public theatres in Valletta. It is the second largest theatre in Valletta. A total of 3874 theatre seats are available in Valletta with PTR enjoying a 21% share of seating capacity in the city. On a national level, it is one of 4 open air spaces documented in the catalogue of theatre spaces in Malta and Gozo and has the second largest seating capacity.

As a public cultural organisation, under the remit of Arts Council Malta, PTR forms part of a network of other publicly funded cultural organisations. Over the years it developed both as a welcoming and production house with its predominate role in venue rental. Whereas the production capacity is increasing, it is significantly dependent on third party rentals or co-productions. The immediate neighbourhood of PTR also includes another two cultural institutions: MUŻA and Spazju Kreattiv. It also includes the National Parliament and a residential area with increasing concerns on noise and light disturbances caused by the venue.

These challenges were already flagged in the petition by artists presented in 2010. The letter signed by 128 artists stated that ‘an open-air theatre in its proposed location is operationally challenging due to security measures imposed by any Parliamentary building, limited by weather conditions and also prone to noise pollution: both that which it produces, which can disturb people living in the neighbourhood, and the noise produced around it, such as fireworks, outside festivities, and other factors which can be a severe hindrance to performances’.